The newest version of Via is now available for download! Via 1.6 comes with a number of great new features and several major improvements: 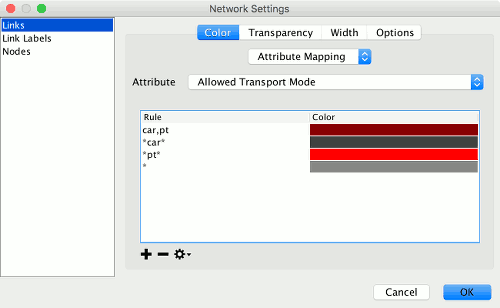 Furthermore, we improved the user interface in many places. Many layers now use similar setup dialogs to set colors, line widths or symbol sizes, making it much easier to navigate around in Via. Large facilities and point data sets shown in an XY Layer display now significantly faster. And Points showing in an XY Layer can now show their Voronoi-region instead of a point, although there are now also much more symbols available to choose from. Also, many queries like transit stop or car counts have been improved, showing more information with fewer clicks.

Head over to the download and enjoy the new version of Via!